Pastor Crane was raised in a christian home. His family attended Mt Calvary Baptist Church of Garland, TX (no longer in existence after merging with another church). At the age of 11, he trusted the Lord as his personal savior. By age 13, he answered the call of God to preach the Gospel of Jesus Christ. After graduating from Garland High School, he attended Arlington Baptist College for one semester. Due to difficult circumstances, he attended Richland Community College for the next semester. He soon joined the Unites States Air Force, where he proudly served the Lord and his country for four years. Pastor Crane served in his local church in teaching SS, youth ministry, music ministry and preaching. While serving in the USAF, he met and married Brenda Hill. The Lord has blessed them with three children, Aaron, Chad and Erika. Chad and Erika now have their own families. Pastor and Brenda’s oldest son, Aaron, passed away in Oct 2016 from seizures caused by an auto accident in March 2000. When pastor completed his military service, he and his family moved back to TX where they began serving in Victory Baptist Church in Rowlett, TX. By 1983, the Lord lead Pastor Crane and his family to Bible Baptist Church in Andrews, TX as pastor (1983-1985).  Later, to Friendship Baptist Church in Boyd, TX (1885-1986). Then Calvary Baptist Church in Mesquite, TX (1986-1993). He was also worked in computers from 1989-2001. He then answered the call to pastor Bethel Baptist Church (now Rockwall Baptist Church) in Rockwall, TX (1997-1918). He and his wife sold their home in Texas and moved to Middleton, TN in March 1918 to answer the call of Trinity Independent Baptist Church.

Music Minister and Adult Sunday School Teacher. We are very thankful for Bro Shawn. He has served the Lord for many years. As the son of a pastor, he has been faithful in many areas of ministry. He and his wife, Cindy, moved to Middleton about 2008. He and his family have been faithful to serve in youth ministry, teaching and music ministry. Cindy is the Librarian at Middleton Library. God blessed them with three children Sara, Hannah and Leah. 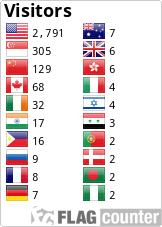